This building has a good example of a sawtooth skylight. 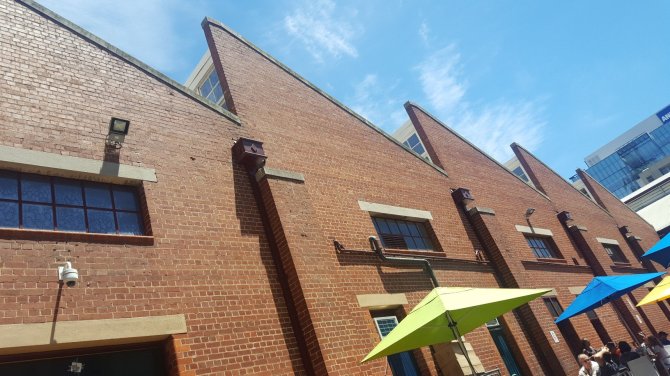 Here is a look from the inside. 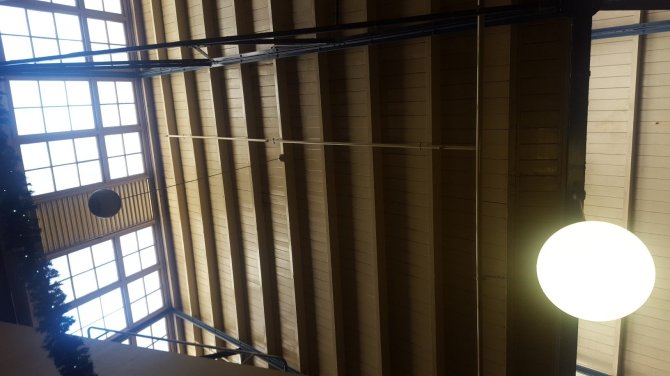 This type of roof is very similiar to a clerestory roof.

Clerestory roofs have been used in building architecture going all the way back to Greek and Roman architecture. Sawtooth and clerestory roof systems allows for passive fenestration and increased ventilation.

This type roof was commonly built in the large factory and warehouses in the 19th century and has recently made a resurgence with an increased emphasis on green construction which values the passive airflow and luminance.